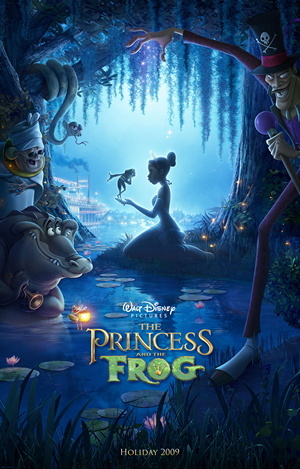 Princess and the Frog (2009) promotional poster.

Princess and the Frog (2009) was Disney’s first film with a both black lead and predominately black cast. The story focuses on Tiana: a young, hard-working black woman from New Orleans who aspires to own a successful restaurant, and goes through fantastical trials and tribulations along the way – including encountering a prince who accidentally turns her into a frog. Though Tiana was a step forward in inclusivity for Disney's princess franchise, many argue that Disney did not go far enough terms of proper representation of black girls because of its past with racial stereotyping and dismal marketing of the movie. 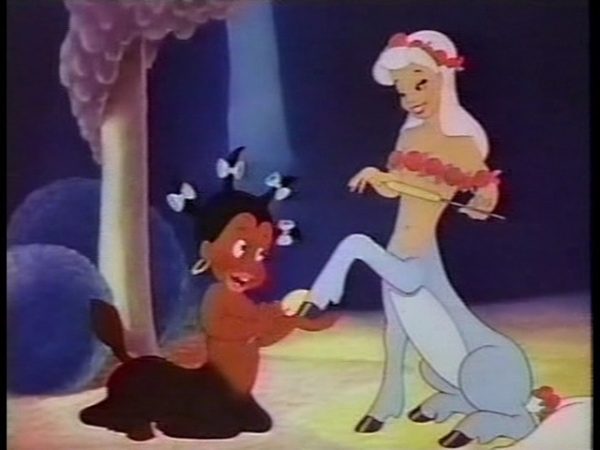 Sunflower from Disney's Fantasia (1940). Sunflower is portrayed as subordinate to the white centaurette, and as a pickaninny stereotype.

Disney is a company infamous for its turbulent history with race and representation within its movies. Many Disney films have perpetuated racist stereotypes (most notably in Fantasia, Dumbo, and Song of the South). People of color in Disney movies have been often cast as villains or animals. Unfortunately, Princess and the Frog has fallen into one of these categories, as Tiana remained a frog for a significant part of the movie. 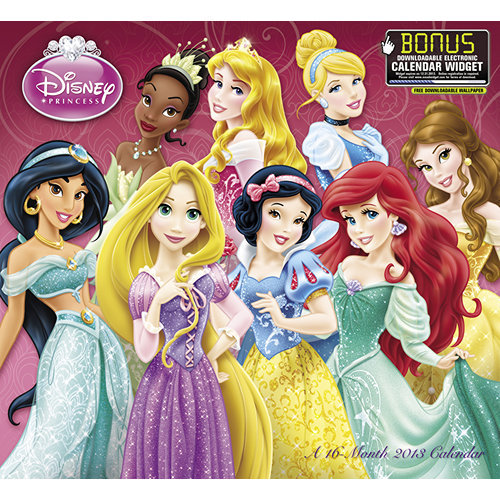 Tiana and Jasmine are relatively new Disney princesses, but both are posed at the periphery of this promotional image. Many other promo images are staged similarly.

Princess and the Frog was also scarcely marketed at the time of its release, which attributed to its mediocre performance at the box office compared to other Disney princess films. Furthermore, most Disney Princess Collection merchandise, Tiana, among Disney's other princesses of color (Jasmine, Mulan, Pochahontas), is often positioned near the back of the displays. Even on the official Disney Store website, Tiana has the least amount of merchandise out of the Disney Princesses -- There are only about nine items including dolls, posters, and clothing, for Tiana, while more recent white princesses have at least 15 items. Even though Disney prides Princess and the Frog as a step forward in representation for black girls, Disney perpetuates its rocky reputation with representation of black women by treating Tiana as a less important princess. 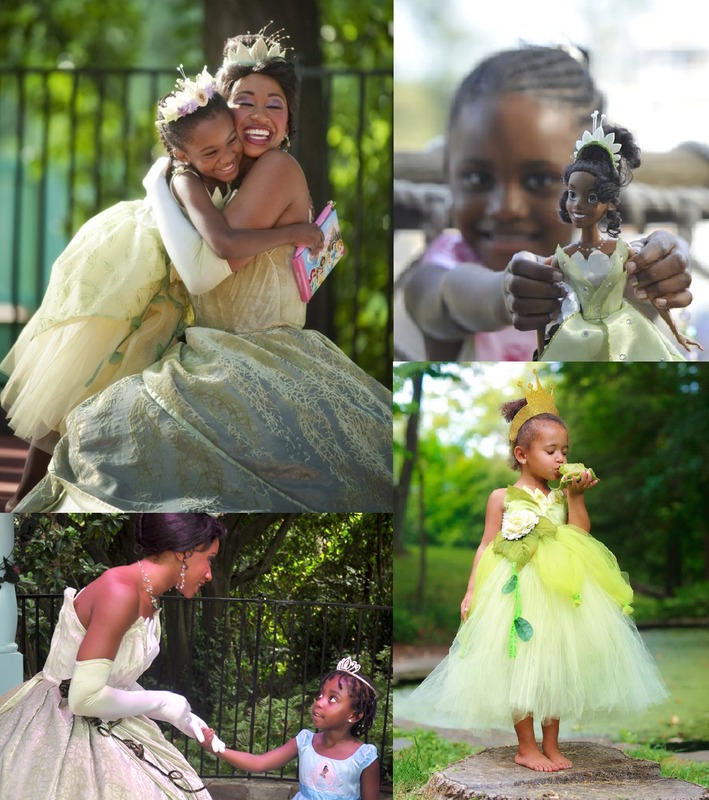 Despite lackluster marketing and merchandising of the movie and the controversial representation of Tiana as an animal for a significant part of Princess and the Frog, Tiana’s inclusion is still a poignant addition to Disney’s princess franchise. Black girls rarely get their narratives showcased on screen, and when they are, they’re either supporting characters or reduced to stereotypes and comic relief. Nearing ten years after Princess and the Frog’s release, young black girls still enjoy watching the movie, proudly purchase dolls of Princess Tiana, and line up to see her at Disneyworld. Tiana gives black girls the chance to finally see themselves as royalty in mainstream media. However, proper representation of black girls should manifest on and off screen, so there is still plenty of work for Disney, and other animation studios, to do.